I installed Windows 8 on my Dell Studio laptop two weeks ago, and I found out that the Synaptics TouchPad driver supplied by Dell does not show the touchpad settings screen in Windows 8. I only use that screen to set the touchpad to disable itself when an external USB mouse is plugged in. Well, I could not do it in Windows 8.

Not until now, I mean.

Looking in the forums (specially http://www.sevenforums.com/hardware-devices/149723-synaptics-touchpad-auto-disable-usb-mouse.html and http://forum.notebookreview.com/sager-clevo/449196-np8662-auto-deactivate-touchpad.html) I saw that the solution is very easy indeed: change a single key in the registry.

For those of you who want the "Disable internal pointing device when external USB pointing device is attached" option in the synaptics control panel, open regedit and go to HKEY_LOCAL_MACHINESOFTWARESynapticsSynTPEnh, right click and select New > DWORD (32-bit) Value and name it "DisableIntPDFeature". Modify it’s value to 33 in hexadecimal, or 51 in decimal to enable it to be default on. 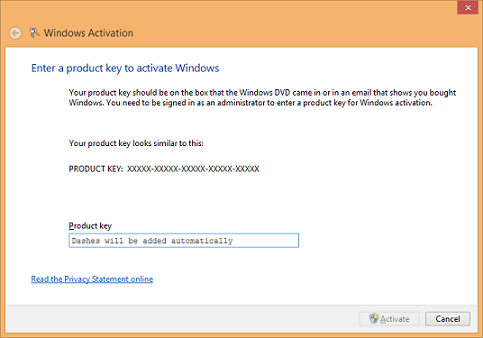 I was trying to activate my company’s Windows 8 Enterprise license but I was met repeatedly with the “No DNS Servers Configured: Code 0x8007267C” error during activation. It is caused by the missing Volume Activation Management Tool deployed in the company Active Directory. However, we still haven’t deployed this setup but I wanted to activate my license.

In the previous version of Windows, you could change the key into a MAK (Multiple Activation Key) and then activate it without hassle. In Windows 8 this possibility is still available, but it is somewhat hidden.

You should run the following tool to change the key and activate Windows online: I hope that it helps. 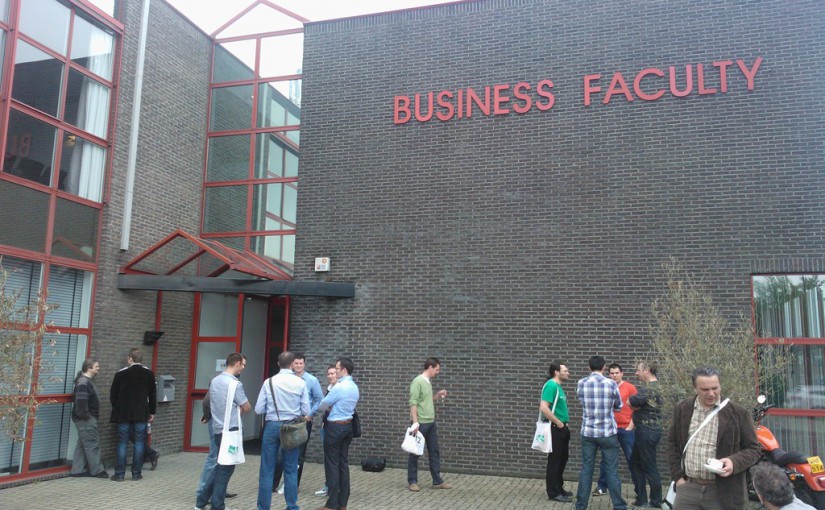 I had a very exciting SharePoint Saturday in Brussels, Belgium this Saturday 28th. I met many SharePoint experts and fellow speakers and I had a very nice time during my short stay in Belgium. I felt at home among the good people from BIWUG. Speakers’ Room, aka “The War Room”

My session was about developing Windows 8 Metro-style applications connected to SharePoint data. You can find the slides for the session on SlideShare.

The sample code can be downloaded from my SkyDrive. A big thanks to Juan Manuel Servera for his code that does claims authentication against SharePoint online.

I attended the Windows 8 Tour and Camp, held in the beautiful city of Seville (Spain) on March 22nd and 23rd. The presenters, Boris Armenta and David Salgado did their best to inoculate the “Metro App Virus” to all of the attendees. I went as a support person for the hands-on labs that were held on the second day.

Windows 8 is a very, very big change that will surely cause a lot of movement in the IT industry. As I mentioned in my previous post, we the professionals have to embrace the change and keep learning due to increasingly shorter cycles between product releases.

Windows 8 is also an example of that.

Microsoft is already preparing the certification paths to Windows 8. While there is still not much information out there, there are things that you can do now to prepare for it:

If you’re a .NET developer, you can start certifying on Silverlight 4 or Windows Phone 7 development, in order to brush up with XAML-related development. Windows 8 development has many overlapping concepts from these two technologies.

If you’re an IT Pro, you can upgrade your certification to MCITP: Enterprise Desktop Windows 7 in order to upgrade it later to Windows 8 certification.

Whatever your field is in the IT, the change is the only constant thing. Who said boredom?