A very annoying bug appeared few weeks ago in one of our production environments with SharePoint 2013.

You add a new lookup column to the list, due to customer feedback. 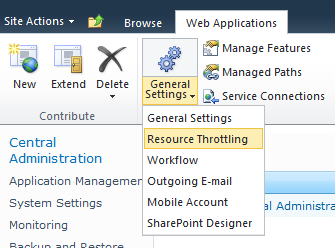 This particular configuration is set on the web application throttling page in Central Administration, under the heading “List View Lookup Threshold”.

If you don’t need all of the lookups at the same time, you can still make the query by choosing the fields you want to retrieve. However, in our case we needed all of the classification columns.

In this case you have two choices: